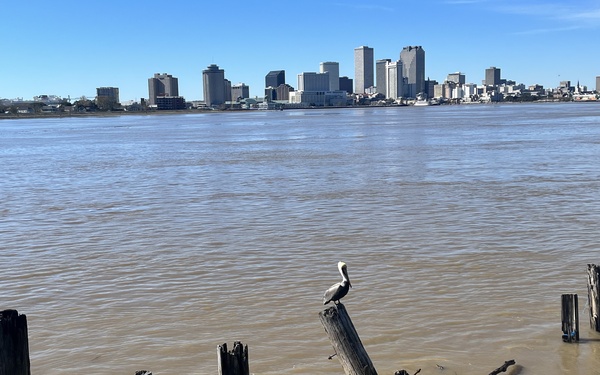 The City of New Orleans recently announced the New Orleans Regional Transit Authority (NORTA) has been awarded $5.6 million through the Passenger Ferry Grant Program. The program directs funds to projects that will enhance and revitalize passenger ferry systems in urbanized areas.

"The New Orleans Regional Transit Authority is the largest public transportation provider in the New Orleans-Metairie Metropolitan Statistical Area, and this grant is a welcomed addition to our City's transportation system," said Mayor LaToya Cantrell. "This award is another great example of how we are leveraging federal dollars to improve our aging infrastructure and quality of life for all New Orleans residents and visitors."

Mayor Cantrell wrote a letter in support of NORTA to U.S. Department of Transportation Secretary Pete Buttigieg in September 2021 during RTA's application process for the Ferry Discretionary Grant Program. With this grant, NORTA will replace a landing barge at Algiers Point and modernize a passenger ferry — a project that will ensure safety, a state of good repair and will improve service reliability for its vessel fleet. The Algiers Point project and plans to modernize the Levy and Armiger Ferry Boats was included in RTA's 2021 application request seeking support to modernize the region's aging transit infrastructure.

Updated about 16 hours Ago