Though comfortable in all forms of our diverse American musical heritage, Washboard Chaz Leary has achieved dominance and international recognition in acoustic country blues. He has played professionally with an impressive array of world-class musicians, both on the stage and in the recording studio. His reputation as a consummate musician and performer – along with a delightful stage presence has brought him countless excellent reviews and wide popularity. Originally from New York, Chaz lived in Boulder, CO from 1975-1997, and played with a wide variety of bands including the legendary Ophelia Swing Band, Prosperity Jazz Band, BBQ Bob & Washboard Chaz, Judy Roderick and the Forebears, and Bleecker St. During this time, Chaz was a two time finalist in KBCO’s Boulder songwriting contest. Upon arrival in New Orleans in December 2000, Chaz established himself as a seasoned musician, forming his Washboard Chaz Blues Trio with Ben Maygarden on harmonica and Roberto Luti on slide guitar. Shortly afterward, Chaz joined Alex McMurray and Matt Perrinne on sousaphone to form the Tin Men, one of New Orleans’ most unique and recognized bands. Since then, Chaz has also played with the cream of New Orleans musicians, including the New Orleans NightCrawlers, The Iguanas, Tuba Fats, Royal Fingerbowl, The Jazz Vipers, the Tin Men, The Palmetto Bug Stompers and Washboard Rodeo. Chaz’s talents are becoming synonymous with New Orleans and he was recently featured in a 2005 New Orleans commercial. He played a small part in the CBS movie titled “Just Like the Ones”, about miraculous snow storms that hit all over the country, co-starring Mary Tyler Moore and Poppy Montgomery. Chaz’s song Mother Died was just featured in Werner Hertzog’s remake of The Bad Lieutenant staring Nicholas Cage. Chaz appeared in the HBO series,Treme, in all four seasons of the show. Chaz has shared the stage with Bonnie Raitt, John Hammond, Taj Mahal, Anders Osborne and Corey Harris among others. He has opened for many blues greats, including Muddy Waters, Robert Cray, Doc Watson and Keb Mo. Chaz’s musical talents have been featured on over 100 recordings, including John Hammond’s 1998 Grammy nominated “Long as I have You” He has played festivals and clubs from coast to coast, including the Bottom Line in New York City, the New Orleans Jazz and Heritage Festival, Telluride Blue Grass Festival, the American Music Hall in San Francisco and Red Rocks Amphitheatre in Denver. He has played successful International tours, with his band Bleecker St. in Germany, in Holland and Germany with David Booker, and in Japan with Chris Mule.His Blues Trio and Tin Men have performed in Japan and all over Europe. Chaz is also a featured performer in the wildly popular Playing For Change, appearing in videos with Keith Richards, Keb Mo and members of the Grateful Dead, among others. His talents extend from washboard, congas and other hand percussion, lead and background vocals, to songwriting. Chaz has also developed a strong program of percussion workshops both for adults and for children, as well as having performed for Blues in the Schools programs in Colorado, Kansas and Missouri and Pt. Townsend Centrum Blues Workshops. Chaz regularly plays New Orleans weddings and events, and will enhance both studio and live performances. Contact Washboard Chaz. 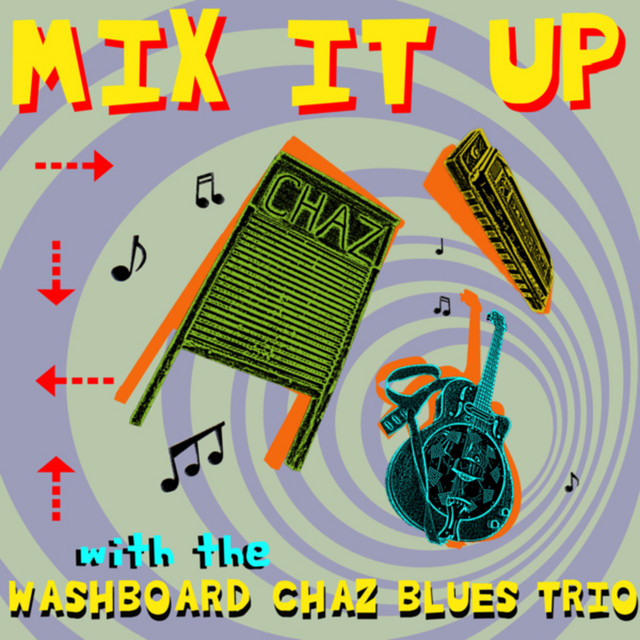